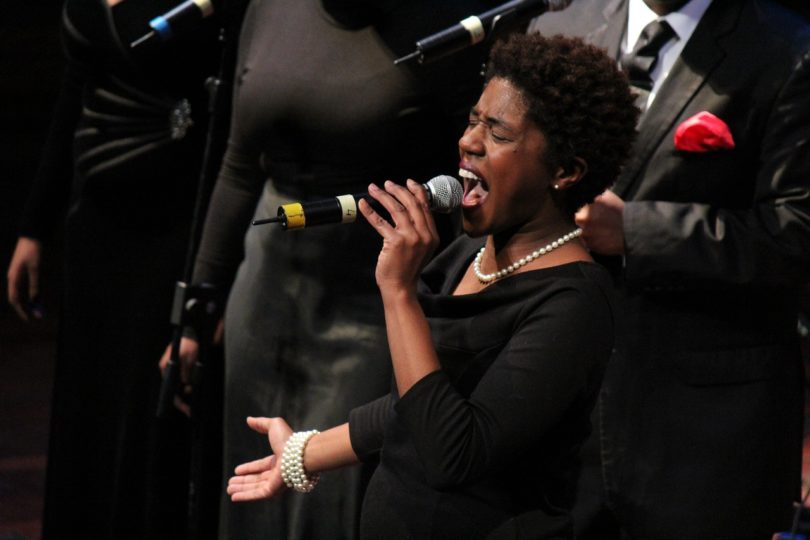 If you’ve been blessed by the glory that is gospel music in recent years, you know how powerful and moving it can be in your life. Gospel music has deep roots in African American culture, going back to the 1800s where some forms church music was fused with African American spirituals. But have you ever wondered who pioneered the way for Gospel music as we know it today?

In recent more history, we often consider the following to be the leaders of the gospel music:

Andrae Crouch is commonly referred to as the Father of Modern Gospel and has recorded with everyone from Stevie Wonder to Sheila E. He wrote songs that were covered by artists such as Little Richard, Paul Simon, Barbra Mandrell, and many more. He also produced hits like Michael Jackson’s “Man in the Mirror.” With seven Grammy’s and a few Oscar nominations, Crouch wrote songs you may know like “The Blood Will Never Lose Its Power”, “My Tribute (To God Be the Glory)” and “Soon and Very Soon.”

The Clark Sisters, Jacky, Elbernita, Dorinda, Karren, and Denise, grew up around gospel music, but when they teamed up as a vocal group they reached fame with songs like “Is My Living in Vain?,” “Hallelujah,” “He Gave Me Nothing to Lose,” “Endow Me,” “Jesus Is A Love Song,” “Pure Gold,” “Expect a Miracle,” “You Brought the Sunshine.” The Clark Sisters have three Grammy’s and are the highest selling female gospel group of all time.

Reaching the height of their popularity in the 50s and 60s, The Caravans featured a number of rotating band members, but primarily performed on shows such as TV’s Gospel Time and Jubilee Showcase. Their most famous songs include “Lord Keep Me Day By Day,” “You Can’t Beat God Giving,” and “Halleljuah, It’s Done.”

The Mighty Clouds of Joy

Last but not least, born in 1911, Mahalia Jackson did more for gospel music than almost any other artist and is referred to The Queen of Gospel Music. She not only has one of the most unforgettable voices of all time, but she was also an activist for civil rights. She sold millions of records and her mission was to give others hope in God through her music. Although she sung all over the world and recorded over 30 albums, perhaps one of her most famous performances was singing “How I Get Over” and “I Been Buked and I Been Scorned” at the March on Washington where Dr. Martin Luther King Jr. also gave his “I Have a Dream” speech.