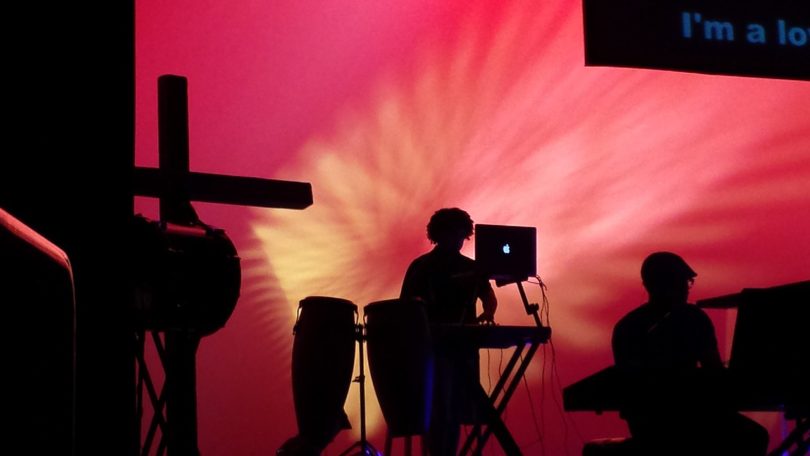 The GRAMMY Awards are widely recognized as “Music’s biggest night.” The show is always a lively recognition of some of the best and most popular music released over the previous year. There are many artists who are also believers, whose music finds a home in just about every musical category, and you often hear award winners give a nod to their faith in acceptance speeches. Christian and Gospel music rarely gets a place in the televised spotlight, so when it happens, it is always a special moment.

Here are a few of our favorites Christian/Gospel GRAMMY performances from the past several years.

Kirk Franklin’s “Lean on Me” Performance

Who could forget Kirk Franklin’s performance of his song Lean on Me, complete with secular guest artists like Mary J. Blige and Bono–both artists who profess to love the Lord, next to Christian music favorite Crystal Lewis. To top it all off, the choir’s powerful performance made this one to remember. You can watch it here.

In 1996, Whitney Houston was joined by the First Lady of Gospel Music, Shirley Caesar, and close friend Cece Winans to perform a house-shaking rendition of Caesar’s fan-favorite, “Heaven”. By the time they finished, there wasn’t a person still in their seats! You can watch it here.

Chance the Rapper Performing “How Great”

We’ve all heard the song How Great is Our God by Chris Tomlin, but did you happen to catch Chance the Rapper’s performance of this song at the 2017 GRAMMYs? With beautiful vocals and full Gospel choir, you’ll love how he transformed this song into something that was all his own. Click here to watch the video and tell us in the comments if you recognize his guest vocalists.

In 2008 there was a star-studded tribute to gospel music which, if you saw it, you likely have not forgotten. Featuring Aretha Franklin, Israel & New Breed, BeBe Winans, the Clark Sisters, the Madison Bumblebees and Trin-I-Tee 5:7, it was most certainly the highlight of the night.

In 1980, The Mighty Clouds of Joy andGospel Music legend Andrae Crouch brought the Gospel to  the 23rd GRAMMY Awards on a lively performance “Jesus is Lord”, complete with backing singers and a full live band with horn section. You can watch it here.

The Christian and Gospel Awards

Every time the Christian Music and Gospel categories are awarded is a proud moment for any believer. This year the following artists have been nominated:

• “You Will Win”
Jekalyn Carr; Allen Carr & Jekalyn Carr, songwriters
Track from: One Nation Under God

• “Won’t He Do It”
Koryn Hawthorne
Track from: Greenleaf Soundtrack – Season 2